This is Nathan. He’s been a trainee with Good Cycles for two months now, so no doubt you’ve seen him around. Maybe in the workshop, probably at the Hub or maybe out on the Melbourne streets racking up the ks on his bike.

Nathan works across retail customer service and bike mechanics, but his favourite part of the job is heading out for a full day of cycling, roving around to the car share vehicles we clean for our partners GoGet and RACV and making them spotless for the next customer. He loves the banter with his colleagues, keeping fit and healthy and navigating the city by bike. “It’s amazing, I literally have my dream job right now,” says Nathan.

Originally from Adelaide, Nathan left school at 16 and started TAFE shortly after. He became a personal trainer and also spent time working in retail and telemarketing. Moving to Melbourne four years ago, Nathan struggled to find work. Despite his experience, it was hard to find a job that didn’t require a driver’s licence or that was flexible enough to fit in with his other significant commitment: being a carer to his sister who has cerebral palsy.

Years of unemployment eventually led to Nathan becoming withdrawn and suffering from depression and anxiety. He had almost given up on finding a job when he came across the Good Cycles Pedal Empowerment Program at an employment fair. 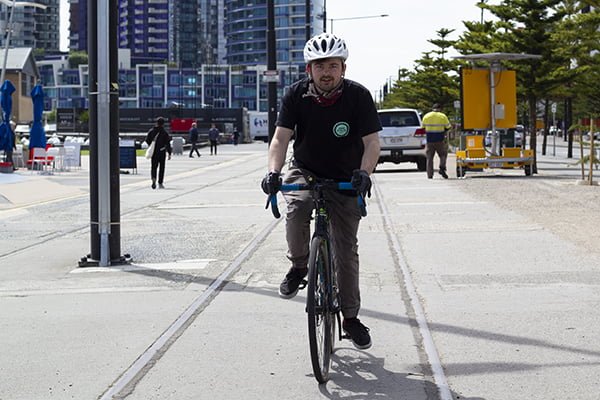 Since that day, Nathan’s confidence has skyrocketed. His passion for bikes is obvious to everyone he comes in contact with and his enthusiasm for work is infectious.

He got into cycling when he was in his early teens. An accident resulting in a broken back and years of rehab limited his ability to run, so he discovered bike riding as a way to get his fitness back and improve his mental health during that difficult time. He now rides every day for work and makes sure that he gets out on his bike with his sister at least once a week (who rides a custom bike Nathan built for her).

He loves the team atmosphere at Good Cycles and is constantly learning new things. “Everybody wants to help, if I don’t know something about a bike, they’ll show me how and explain why it works that way. Unlike my other experience working with bikes, where I learnt short-cuts that weren’t ideal, this is proper training and valuable advice that will stay with me throughout my career.” Nathan’s the first to admit he’s got a steep learning curve as far as bike mechanics are concerned, but with each day he is getting better and better on the tools. 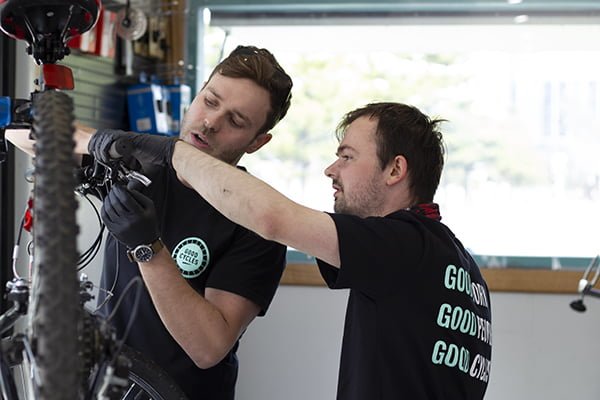 His employment at Good Cycles has not only improved his technical confidence, but also his social confidence. He has a wider network of friends, loves a chat with the riders who come into the store and has joined a number of cycling clubs in his local area.

So what does the future look like for Nathan? “It’s very positive, this has given me a whole new outlook. In the future, I would love to be employed full-time at Good Cycles, to work with bikes for as long as I can and give back.”

If you’d like to learn more about the work we do and the social programs we run, check out our Good Work page for more details.

Good Cycles in your inbox

Join our mailing list to be the first to hear about Good Cycles news, events, offers and more!